Many of us probably assume ‘the brighter the better’ when shopping for bicycle lights, but few people seem to consider the fact that if your ultra-bright headlight shines directly into a motorist, pedestrian or a fellow cyclist’s eyes, it could be very distracting!

The folks behind Ravemen, who are all avid riders employed in the bike industry, noticed most high-output bike lights have no anti-glare capability. By incorporating design elements from automotive headlights, Ravemen has created a line of bike lights that provide ample visibility without making other road users see stars…

Ravemen’s PR Series headlights use two LED’s and different modes to provide either anti-glare lighting or long-range illumination depending on what you need or where you’re riding. The Road Biking Mode uses both bulbs to provide broad, closed range flood lighting. The DuaLens anti-glare low beams reduce visual distractions for motorists, cyclists or pedestrians.

When you want to hit the trails at night and glare is less of a concern, Mountain Biking Mode turns on the HiLo configuration which adds a longer range high beam to the mix. The low beams still provide flood lighting at close range and a broad mid-range beam, but the high beam allows you to see further down the trail.

The PR series also offers some other nifty features. Most notably, the lights come with a handy remote control allowing riders to switch between brightness modes without taking their hands off the bars. The ‘remote’ is just a wired button that plugs into the lights’ USB port and mounts next to your grip. It’s quite simple, but it is a unique way to make operating the light easier on the fly. If you suddenly need more illumination as you’re riding, there’s also a one-touch Emergency Mode that instantly boosts the light up to its brightest configuration.

Atop the body, a handy digital display shows your battery’s runtime for whatever setting you’re currently using. Thermal management circuits prevent the LED’s from overheating, and a memory circuit turns the light back on in whatever setting it was previously left in.

The PR lights are enclosed in hard coat anodized aluminum and rigid plastic, and they are impact resistant and waterproof to IXP8 standard (submersible to 2m for 30 minutes). There are two micro USB ports on the rear of the body; one is for charging the battery or connecting the remote control, and the other is an output port for emergency charging of your mobile devices. As for mounting, the lights clip onto a quick-release clamp which fits handlebars between 22.2mm-31.8mm in diameter.

The PR series includes three models, the PR1200, PR900 and PR600 and as you’d expect those numbers represent their output in lumens. The PR1200 offers three modes (Road, Mountain, Emergency) and eight brightness levels between them. As the chart above shows, run times vary between 2 to 21 hours. The PR1200 measures 100 x 48 x 27mm and weighs 213g.

The PR900 also offers three modes and eight brightness settings, and its run times range from 2.5 to 20 hours. Despite having the same battery and body as the PR1200, it is slightly lighter at 202g.

The PR600 has a few differences versus the higher end models. In lieu of a digital display, the PR600’s buttons light up to indicate what mode you’re in and warn you of a low battery. Run times are between 2- 16 hours. With its lighter-duty LED’s and lower capacity battery this model is slightly smaller at 85 x 48 x 27mm, and hits the scale at 165g.

Finally the TR20 rear light’s COB LED produces up to 20 lumens, and the lens is designed to provide additional visibility from the sides and front. The TR20 has a clip on its backside to attach to backpacks, but also comes with a seatpost mount. The body measures 52 x 18 x 22mm and the light weighs just 20g. 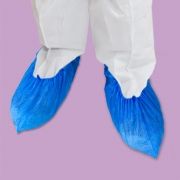 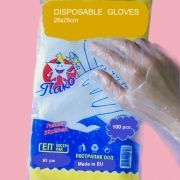 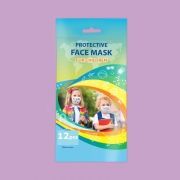 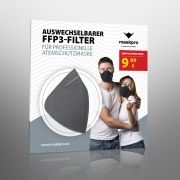 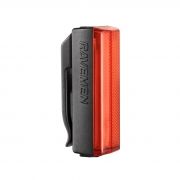